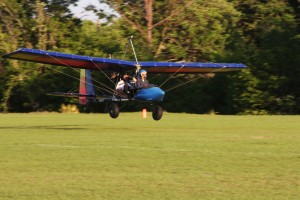 Okay, this is not officially the day after Sun ’N Fun, but it is for me. Often, I have said I want my 20-year-old body back; each day I live, it becomes more evident I am now well beyond 29 years of age. This morning, after walking all over the airport yesterday, even my pains have pains…

But the show was as always, amazing.

Thankfully, the show organizers and the owners of all of the damaged airplanes hid the planes somewhere on the airport. It would have really been depressing to see broken airplanes. The southeastern weather, particularly in the spring, is sometimes very destructive as we saw last Thursday. It seemed as though the weather held some of the antique airplane owners and homebuilders back from coming to the fly-in this year.

Even with fewer planes, the day was good.

The grounds looked very much the same as always for the show. We talked with many who told their stories of the tornado. Of course, the storm completely shut down some vendors. Not only did the tornado take their tents, it took everything within they had brought to give away or sell. Still, they were optimistic and enjoying the show.

The weather for the show was great. The winds were out of the southwest and the skies clear. It seemed as though the Lakeland Chamber of Commerce ordered up especially great weather to make up for earlier in the week. It was not too hot, even with the bright sun.

This year the crowd included many from all over the world, as well as the United States. Of the foreign guests, there seemed to be more visitors from South America than from other nations. The British, Swiss, and Germans also had a strong showing. There is little doubt the almost weeklong affair had a tremendous impact on the economy of the Tampa Bay area. 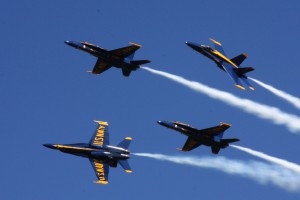 While I was photographing the Blue Angels, my wife overhead one attendee say, “They have this wonderful salad, they call it The 1905 Salad and it is a very simple salad and delicious.” We, of course, knew exactly which restaurant they were talking about. If you ever find yourself in Ybor City in need of a meal, you really should stop in at the Columbia Restaurant. It is one of the largest and oldest Cuban restaurants in Tampa.

As the sun began to fade on the Tampa Bay area and the show ended, pilots and their airplanes began leaving. As they did, we ambled over to the south side of the airport to do one of the things I like best at Sun ’N Fun–watch the Light Sport Aircraft fly in the last of the afternoon sun.

My wife referred to them as “little bugs” and I have to admit, there is a resemblance. Unlike bugs however, these things are fun. Watching them takeoff in less than 200 feet and land in about 150 is amazing. I particularly like the machines that have open windows and can operate off both land and water. 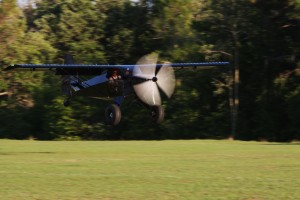 It's all about big tires and aircraft control

The Light Sports are strong in performance, too. In addition to taking off in such a short distance, many of these little airplanes climb out greater than 1000 feet per minute. They also perform well in cruise and range, rivaling and often outperforming, many production airplanes.

And they do it on less than half the gas!