What Sun ’N Fun Is All About 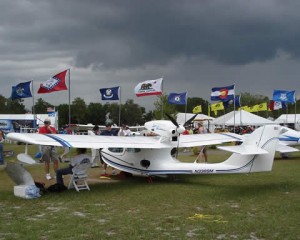 Sun ’N Fun is all about camaraderie. Pure and simple, it boils down to people who like flying and building airplanes getting together in fellowship. There is not one group of people to better “hang out” with than those who like working on and flying airplanes.

I was at the hangar one evening, sitting underneath the wing of the 170 with a student. He wanted an airplane, but he didn’t have the money to buy an airplane of his own. I suggested that he start building one.

“Oh, no,” he said. “I would never trust flying anything I built.”

“I, ah, I don’t know enough to do something like that.”

“Well, you learn as you go,” I explained. “That is the beauty about building your own airplane.”

“Yea, but I don’t even know where to start.”

“I don’t know; I still don’t know enough about working on airplanes to feel safe about flying in something I built.”

“And you never will if you keep talking like that,” I responded. I went on to tell my young student about the differences between “homemade” airplanes and “store-bought.” I told him some of the very best airplanes I have flown belonged to pilots who lovingly handcrafted them over years of their spare time. I explained most of the airplanes in the “experimental” category really were not experimental by the purest sense of the definition. Degreed professional engineers developed the plans and kits of many of the homebuilt airplanes on today’s market. 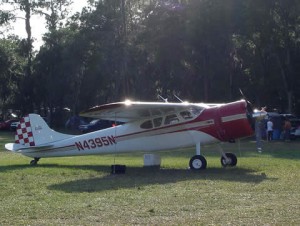 “Here’s another thing,” I said as I watched the last glows of the sunset. “My 170 is coming on being 50 years old. Cessna made a fine airplane with this one. But in the 50 years since, the 172 has not improved on performance very much.

“My airplane flies at 100 knots burning 6.6 gallons per hour through a 145 horsepower Continental engine. They changed it over to a 150 horsepower Lycoming, then 160, and now it has a 180 horsepower fuel-injected engine. It improved the performance by only five or so knots, but it sucks down about another $8 an hour in fuel.

“Not much in the way of progress,” I added.

“There are a lot of designs that use the Lycoming O-360 engine that fly circles around any of the airplanes built in Vero Beach or Wichita,” I said. Then I explained the financial side of the equation to my young student.

“When I bought my 170, I dropped about 20 percent and financed the rest,” I said. “Every 5th of the month, the bank wanted their payment.” My student looked at me questioningly, wondering what role banks had with building an airplane.

“With a homebuilt airplane, while you are working on it, you can control the finances of the project,” I said. “In other words, if you have $2000 you can put into your aircraft one particular month, do it. Then, if you are broke for five or six months because something else came up, you can let the project sit in the shop without fear of the repo man, or your credit report taking a hit.”

I looked over at him in the last of the sunset. I think he was beginning to see the light. 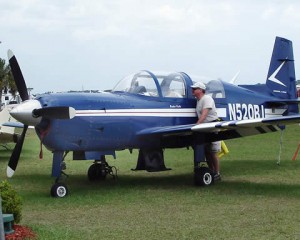 “Here’s another thing,” I continued. “When it comes to money, airplanes from the airplane factories are really expensive. You would be surprised at how little or much you can put into your homebuilt project. Here’s the important thing about the price of an airplane: with a homebuilt, you can control it better than with a store-bought airplane.”

It is true, too. Some homebuilt projects can get into the air relatively cheap. At the same time, other projects rival the most expensive production planes on the market.

’Nuff writing! See you out there later today.

1 Response to What Sun ’N Fun Is All About