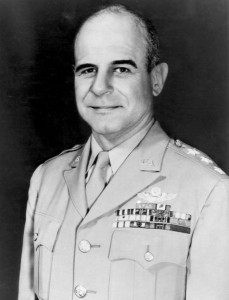 On Tuesday, September 28, 1993, my alarm was set for 6 a.m. as usual. When the radio clicked on, the newscaster said, “Yesterday, famed aviator and American hero Jimmy Doolittle died peacefully at his home in Pebble Beach, CA.” As I came fully awake, I found myself thinking of all the great things General Doolittle did in his life.

General Doolittle was always one of my favorite aviation heroes. I first became aware of him after reading Thirty Seconds Over Tokyo by Ted Lawson. Lawson flew the seventh B-25 from the deck of USS Hornet. Lawson, as with the others who wrote about Doolittle after the war, had only kind words to write about his former commanding officer.

Doolittle gave much to aviation. In fact, our aviation industry would be very lacking today without the efforts of Doolittle.

From the time he won his commission as a pilot and second lieutenant in the Signal Officers Reserve Corps in March 1918, Doolittle began excelling in aviation. After his promotion to first lieutenant, he continued his aviation education with a keen interest in aeronautical engineering.

This interest led him to complete his doctoral degree in the field, which eventually placed him in a position to accomplish all manner of records in aviation.  One area in which he was very successful was in the field of instrument flying. He also held multiple records for speed and altitude flights.

Through the 1930s Jimmy Doolittle remained an uncontested leader in the aviation field. He was, in the truest sense of the phrase, an aviation pioneer.

This is why following the Japanese attack on Pearl Harbor in December 7, 1941, Doolittle’s name was one of the first considered to develop and lead the attack on Japan.

Leading 79 other volunteer aviators, Doolittle flew the first bomber from the Hornet after the Japanese discovered the American armada. In an effort to maintain secrecy, the “Doolittle Raiders” departed the ship early. As a result, every aircraft but one crashed. Doolittle, thinking the mission was a failure, feared a court-martial might be in his near future.

Instead, the attack gave America a much-needed psychological boost while showing the Japanese they were not as impervious to attack as they thought. He would go on to win the Medal of Honor for leading the mission and turning the tide of the war.

In addition to his military accomplishments, Doolittle also served in high positions in the civilian sector. After the war, he became vice president of Shell Oil, later serving as director.

In 1972, Doolittle was the recipient of the Tony Jannus Award in recognition of his work in developing instrument flight. He also gained recognition from other countries for his work in aviation.

If you have the chance to read Doolittle’s autobiography, do so.  You do not want to miss reading this book. Aviation author Carroll V. Glines co-authored I Could Never Be So Lucky Again, the story of Doolittle’s life. The title of the book very aptly describes this aviation legend’s lifetime.

The stories of Doolittle’s life in the air will keep you turning pages to the end.