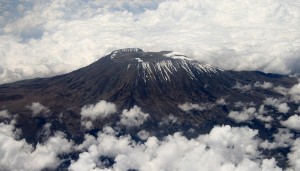 After finishing yesterday’s blog about books on the subject of the Doolittle Raid, I began thinking of other books written of flying that all serious pilots should read. There are so many great novels and historical accounts written of flying that once started, many become very difficult to put down until finished. There are also good books from which a pilot can learn a lot regarding flying.

It really is the choice of the reader/pilot. As noted, there are great stories and wonderful texts. Each will allow novice aviators to learn a great deal about flying; as long as the young pilot reads, he or she will learn a lot about flying.

West with the Night

(North Point Press, 1982, ISBN-13: 978-0865471184, 320 pp.) by Beryl Markham is a wonderful first hand account of learning how to fly in British East Africa, now known as Kenya. Beryl Markham was born in England, but moved to British East Africa at a very young age with her mother and father. When her mother decided to return to England, she stayed in Africa with her father.

She lived a very unconventional life and was adventuresome from the beginning, all the way to the end, of her life. Some of the highlights of her life included being the first female in Kenya to drive a car, learn to fly, and then fly across the Atlantic Ocean from the west to the east.

She was, in a word, colorful.

When I read her book, West with the Night, I was on cruise (as in six-month cruise with the US Navy instead of what you’re thinking, a three-day gaming and eating festival). A friend had loaned me the book and I had tried reading it before leaving for destinations unknown.

When I first started reading the book, I had a difficult time reading beyond the first 20 or so pages. The beginning of the book was…well…slow. So, it sat in the reading box until I had read just about all the other books. One day I picked up the book and read the back cover, something I had not done previously.

The writer wrote about how Beryl lived her life in Africa and went on to say in the most glowing way that she was one of the most talented writers he had ever read. I looked at the signature at the bottom of the paragraph. Ernest Hemingway.

Uhmmm… Maybe I should give this book another go, I thought.

I started reading and during the time that had passed since I first read the beginning of the book, the first few pages did not improve. I started to think Hemingway was losing his credibility.

Then I reached the 21st page or so. I literally could not put the book down.

Hemingway was right; Markham really was a gifted writer! And oh, the things she wrote about learning to fly in Africa! Since reading her book, I have wanted to go to Africa to fly. The images of Kilimanjaro and the bush over which she flew and so eloquently described with her words, still remains in my mind’s eye to this day.

One day, I will go there, and fly where she flew.

3 Responses to More Books About Flying