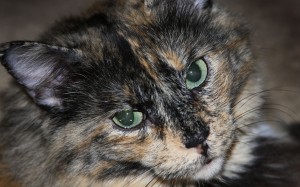 Ardis looks at Gracie lounging on the couch.  The cat is taking great pleasure in napping and shedding at the same time.  “Do you think it’s too late to establish a No Cats on the Furniture rule?” Ardis asks.  I look at my wife and realize she is joking.

“Might as well go down to the beach and tell the ocean to stop touching the sand,” I reply.  Gracie is a great cat, but she sheds way too much fur.

Gracie came to us by accident, as most cats do.  This story starts with Spike, one of the nicest and strangest cats I have ever known.  Of all the cats I have ever been around, I have never known one to share his food with another cat.  Spike did.

Ardis would get up and morning and crack the sliding back door allowing Spike out for a morning romp before she went to work.  By this time in the morning, I was already long gone on my way to work.  One day she called, frantic that Spike had not returned.

When I got home that evening, she was still very upset.  The day was terrible, with thunderstorms and lightning.  And still, no Spike.  At her urging, we made up “lost cat” signs but could not post them because of the weather.  We would have to wait until the morning.

In the meantime, we talked about getting another cat to keep Spike company or replacing him if he was gone for good.  In the discussion I mentioned female calico cats.  We made up our minds not go out looking for a calico cat, but if one came along we were receptive to giving it a good home.  As we discussed these and other possibilities, we went to bed.

Just in case, we left the garage door cracked open if Spike should come home.  Now it was late at night, and Ardis started to say, “I think I hear him!”  I thought, Oh great.  Now we’re going to start with the phantom cat calls all night.  She kept insisting that she heard him.  I kept insisting it was only her imagination.

I jumped out of bed and opened the door to the garage and in walked this huge black and very wet cat.  Spike was very glad to be home.  However, he was not as nearly happy to be home as Ardis was to see him.

After we cleaned him up and dried him off, he went to his food bowl and had a little snack.  We turned in for the evening and after a while, Spike jumped up on the foot of the bed and went to sleep as if nothing happened. 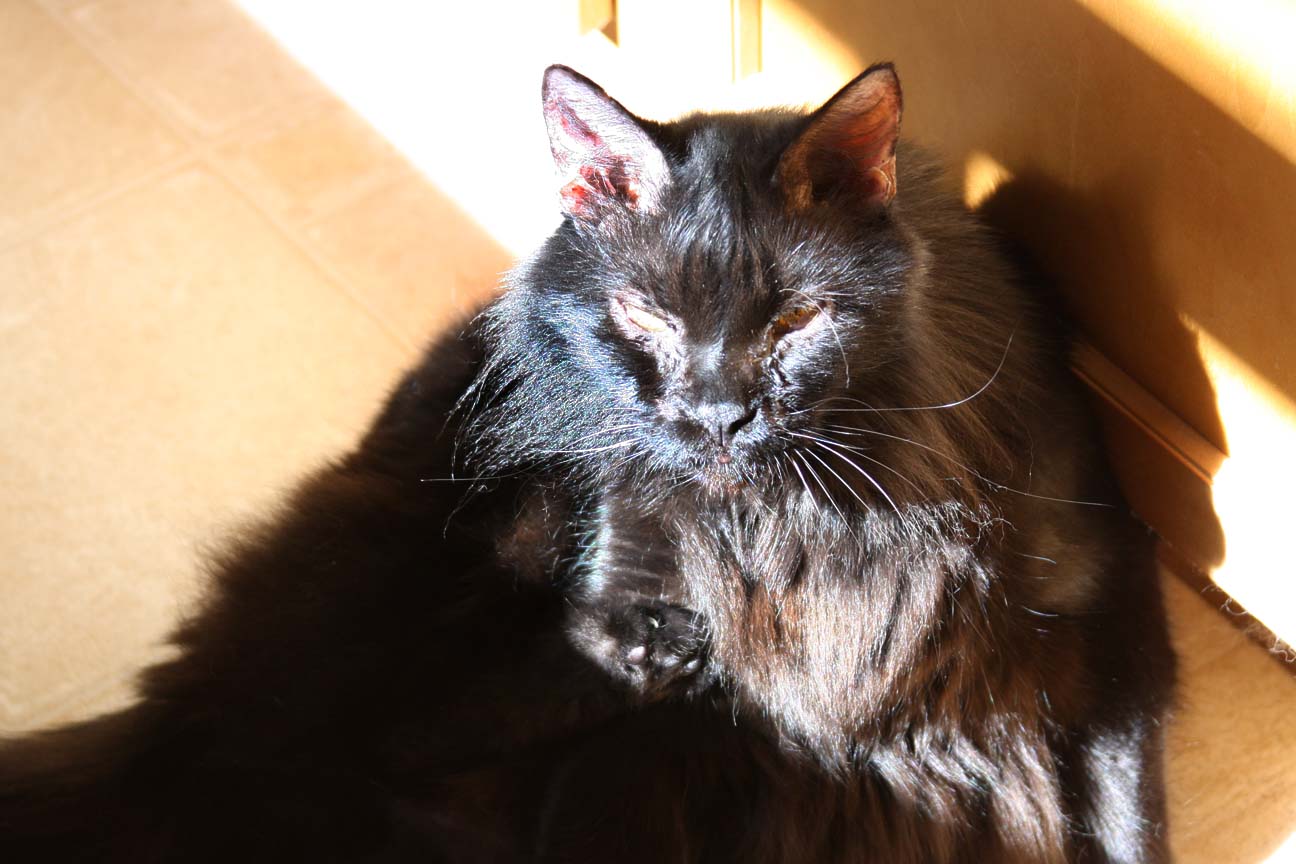 The next day, Ardis revoked Spike’s backyard privileges and went to work with the knowledge Spike was safe and sound inside the house.  When she got to work, her friend Mo came over and asked, “Would you like a cat?”  Then Mo quickly remembered Ardis had a cat, a big black beast named Spike.  “Oh, never mind, I forgot you already have a cat.”

“What kind of a cat?” Ardis asked.

Sometimes, God and His feline sidekick are in charge of with whom and where cats should live.

2 Responses to Spike and Gracie