Sometimes a story reaches out, grabs you by the neck, and demands the telling. This is such a story. 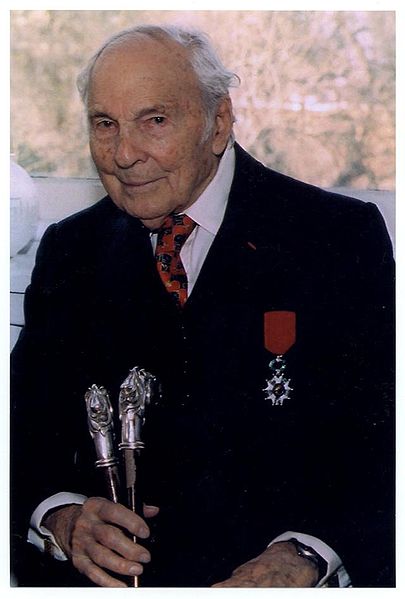 Frank Woodruff Buckles will turn 110 years old today, February 1, 2011. That alone is cause for celebration; what is of note, is his status as the last surviving American veteran of World War I. When the war ended on November 11, 1918, 4.7 million veterans who survived the conflict returned home. Buckles is the very last of these men. He may possibly be the world’s last survivor of The Great War.

Many used the term doughboy to describe soldiers from a period of the Civil War to World War I. After the war, it fell from use and most today who hear or read the term, “doughboy” immediately think of the soldiers of World War I. Frank Buckles is the last doughboy.

Buckles has led an extraordinary life. He was only 16 years old when he enlisted in the United States Army after rejection by the Marines and the Navy. According to Representative Ted Poe (R-Texas), Buckles lied to several recruiters in order to join the Army. Of his enlistment in the Army, Buckles said, “I was just 16 and didn’t look a day older. I confess to you that I lied to more than one recruiter. I gave them my solemn word that I was 18, but I’d left my birth certificate back home in the family Bible.”

In 1917 when Buckles left for the war, he made passage to Europe with other soldiers aboard the RMS Carpathia. This is the same Carpathia which saved many souls from the RMS Titanic five years before. On his way to war, Buckles actually talked with some of the crew directly involved with the rescue of the Titanic survivors.

He served during the first war as an ambulance driver rescuing and helping others. His unit was the First Fort Riley Casual Detachment. After the war ended in 1918, Buckles became a member of the army of occupation. His army service ended in 1919 with his discharge from active duty.

Between wars, Buckles worked various jobs from the post office to banking to working in a freight company. He then began working for a steamship company on both cargo and passenger ships along the western coast of South America.

World War II found Buckles working for shipping company. He happened to be in the Philippines when the Japanese invaded. The Japanese captured Buckles and others in 1942 and they remained prisoners of war until February 1945.

During his time of captivity, Buckles became severely malnourished and along with his fellow prisoners, suffered many different diseases. Nonetheless, he continued to show true leadership by encouraging the others in their daily regimen of exercises.

After the war, he came home to live for a short time in San Francisco where he met and married Audrey Mayo in 1946. He decided his life of service overseas was finished and he and Audrey moved to West Virginia and bought a 330-acre cattle farm near his ancestral roots. He actively worked his farm, driving his tractor until the age of 106.

Today Buckles is working to have a National World War I Memorial constructed on the Mall in Washington, DC. As the last survivor of that war, he feels he is obligated to make sure America remembers the World War I veterans, and as he puts it, “those who made the supreme sacrifice.”

Buckles lives with his daughter near Charles Town. Today, they will quietly celebrate his birthday with family and friends.

3 Responses to The Last Doughboy