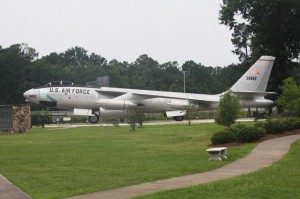 B-47 Stratojet at the 8th AF Museum

If you are driving down to Florida along Interstate 95, you might see something amazing near Savannah, GA.  As long as you are not sleeping, it is hard to miss the Boeing B-47 Stratojet parked next to the highway. 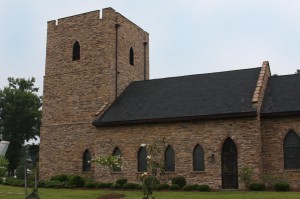 Chapel of the Fallen Eagles

For you see, this museum not only presents aircraft and aviation memorabilia for display, it tells the stories of the men and women who built, maintained, and manned the bombers.  As it turns out, their stories are more powerful than the airplanes they kept flying and flew into combat.

The Eighth Bomber Command became a living entity 53 days after the attack on Pearl Harbor.  The Army Air Corps officially activated the command in the National Guard Armory on Bull Street in Savannah.  First based at Hunter Field under the command of Brigadier General Ira C. Eaker, the command headquarters moved to England in February of 1942 to begin bombing missions against the Nazis in occupied Europe. 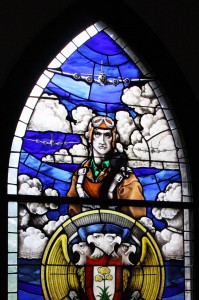 Stained glass window in the Chapel of the Fallen Eagles

The stories of all these men and women are very moving.  These are the people who literally saved the world.  Contained in the walls of this museum are the chronicles of how they accomplished this seemingly impossible objective.

Today, when you walk into the 90,000 square foot museum complex, you may find yourself greeted warmly by an elderly gentleman.  He will ask all about you, your family, and your visit to Savannah and the Mighty Eighth Air Force Museum.  Then he will start telling you all about the Eighth Air Force and the exhibits.  A moment later, you will acquire the feeling he is doing more than reciting from a memorized script.

Today, many of the elderly gentlemen serving as docents in the museum once served as the mechanics, navigators, pilots, clerks, cooks, gunners, and bombardiers of the Eighth Air Force during World War II. 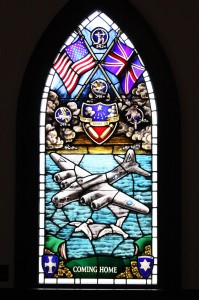 If you have a chance to visit the museum, you need to do so as soon as possible.  As time marches on, these wonderful guides of The Mighty Eighth Air Force Museum are slowly leaving us to join their squadron mates who have already made their final post.
-30-

1 Response to The Mighty Eighth