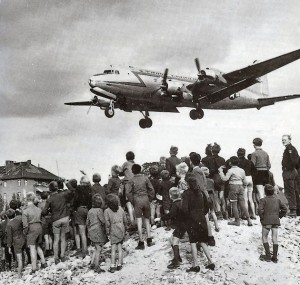 On Approach to Templehof

My friend, Mike, sent me an email featuring a PowerPoint presentation about the 1940s. Coincidentally, I spent time earlier in the day researching some of the great airplanes of the period. I came away thinking about the airplanes and the men and women of the era who designed, built, and flew them.

They were, as Tom Brokaw described them, The World’s Greatest Generation in many ways.

The airplanes the 1940s kids built and flew were some of the finest ever. At the beginning of the period, we were barely pushing 200 knots with any regularity. By the end of the war, we were knocking on 470 and by the latter part of 1947, Chuck Yeager had pushed beyond Mach.

We began the ’40s with open-cockpit biplanes as part of our front-line inventory. By the end of the decade, we routinely operated at altitudes in excess of 25,000 feet and speeds exceeding 350 knots.

During the first half of the decade, most Americans had not traveled by air. By the start of the Korean conflict, most of us had accepted the concept of the airline industry. 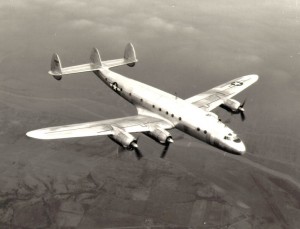 The military Connie, the C-69

The airliners designed in the last part of the 1940s truly were some of the most classic airliners ever flown. The Douglas DC-7 and the Lockheed Constellation were two of the classics which were destined to become workhorses of the 1950s.

At the start of the 1940s, many viewed airplanes as weapons. The military used airplanes primarily as instruments of destruction; it would not be until 1948 when cargo birds from the Royal Air Force and the newly created United States Air Force would save Berlin that the world would begin seeing airpower in humanitarian roles as well as offensive and defensive weapons of war. 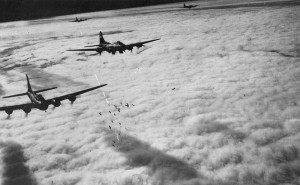 Today’s blog will serve as an introduction to more detailed accounts of the people and planes of the decade we refer to as the ’40s. It was a fascinating time of growth and development in aviation.

Some may argue the decade was the most significant for the aviation industry.